An Epiphany About Backtalk

Fall 2009 I went back to the high school classroom after working as the ELL Coordinator for my school district for 4 years.

Boy was I in for a shocker.

As the fall semester got underway, I noticed pretty quickly that a lot of my tried-and-true classroom organization and management routines were not working as smoothly as I expected, and my lesson design didn’t seem as engaging as it used to be. Was it me, or them? Maybe I just wasn’t establishing the routines or teaching the lessons with confidence (sometimes that is the problem.) I kept at it the entire fall semester, trying to make my “old” ways (I mean geez, they weren’t that old!) work, but there was a missing key. My students didn’t seem all that engaged a lot of the time. They were often disrespectful, loud, uncooperative. They actually…gasp…backtalked me a little. I wasn’t used to that happening in the past.

Panic set in. I must be washed up, I thought. Time to look for a new career.

Spring 2010 semester started, and I rolled out new rules with stricter consequences. It worked pretty well for about 9 weeks, and then I somehow allowed the rules to start slipping. Soon we were basically back to the too-rowdy atmosphere in some of my classes that I had in the fall, and the bored stare in others. Again I was floundering for answers, feeling like a failure.

Then I had a simple epiphany, just before Spring Break 2010, that made a world of difference.

I was an assistant proctor for state testing that week. The third morning of testing, the test proctor, a seasoned, expert teacher and one of the strictest teachers in our building, told a kid to take off his hat as he entered the testing room. Now, she had already established herself as the definite pack leader under no uncertain terms. I’d been watching how she worked for two days. She brooked no argument on anything—cell phones, snacks, breaks, etc.

So the kid walked in with a beanie on his head, and the teacher said, “Ryan, you know you can’t wear hats in the building. Take it off.”*

The teacher said, “Yes. You have to.”

Ryan took off the hat, and things proceeded as normal with no hard feelings on either side.

I was sitting in the corner grading papers and didn’t look up, but their exchange lingered in my mind for a moment.

Suddenly, it hit me what just happened. The strictest teacher in our building—well, by far the strictest one I’d seen—just got backtalked by this kid. (To me, challenging her with “Do I have to?” is backtalk because of the way I was raised.)

Her reaction? Insist that he do what she said, but without heightened emotion or a show of anger.

The epiphany was this:

The strictest teacher in this building gets backtalked too, and it isn’t for lack of establishing strict rules.

So when they “backtalk” me, it isn’t because they personally disrespect me, specifically, or because I have failed to establish strict enough control.

That is simply how these kids, these days, communicate.

In high school, I never would have felt comfortable challenging this teacher if she’d told me to do something. But Ryan felt completely comfortable, and so do about 85-90% of the students at my school.

It’s not disrespect in their minds; it’s standard procedure. It’s a communication style. It has a lot to do with the district’s high socio-economic community, but I’ve seen poorer kids here do the same thing simply because it’s the norm in their environment.

Suddenly I realized I needed to ponder the reality of how these students, here and now, act and react. That reality is different from teaching high school in Oklahoma 10 years ago, in some subtle but extremely important ways that have implications for my daily classroom interactions.

*Anytime I talk about students on this blog, their names have been changed. 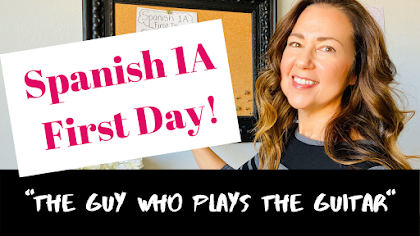